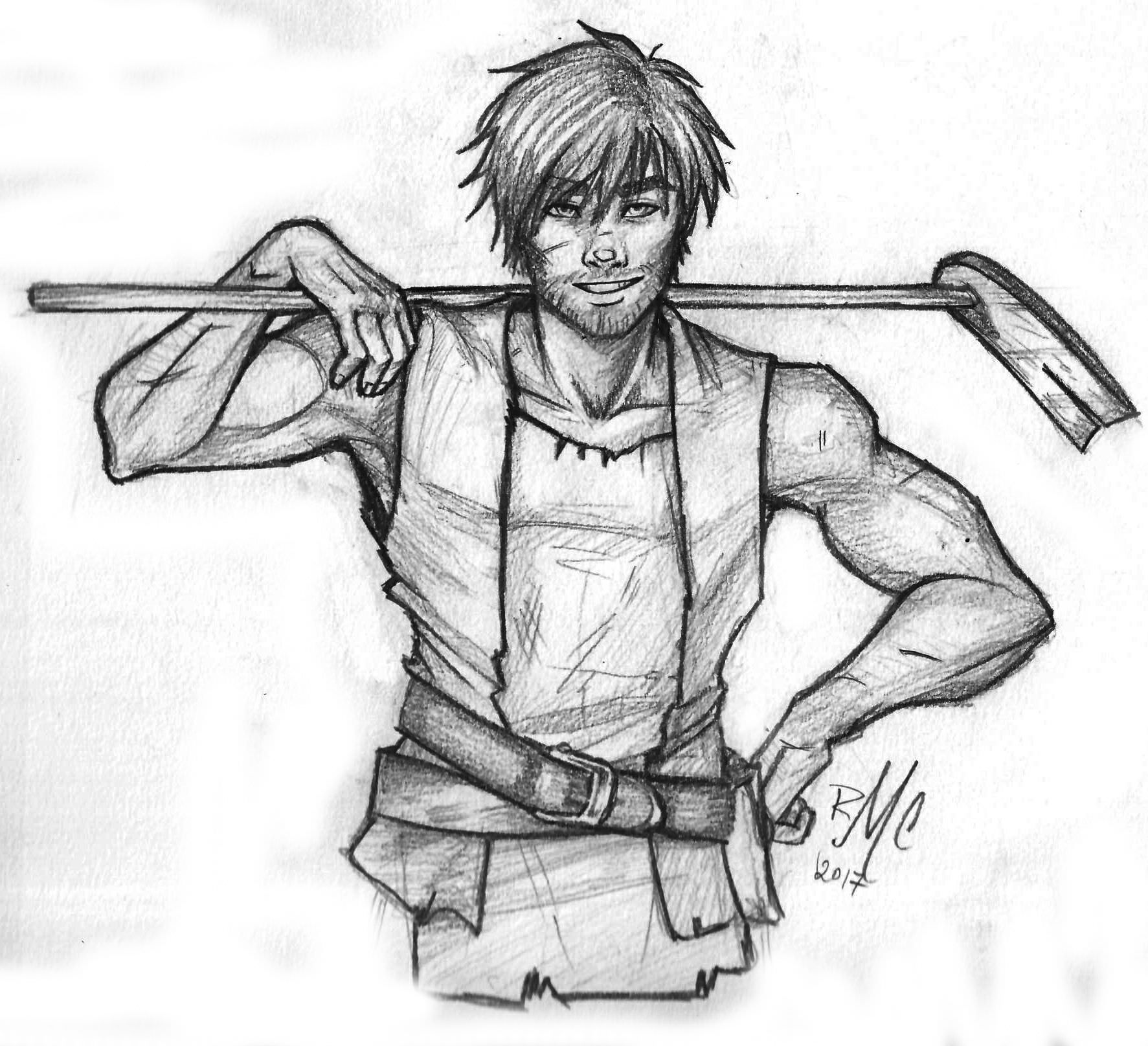 
Serf is quite a laid back guy. He is a hard worker and always does his best to make sure things are sorted out. Around other people, he will usually make an attempt to get to know them well in a friendly manor.
He usually has no problem with keeping a conversation going, and is in a happy mood most of his time, even when labouring on the fields. He is quite polite and shows respect to those who deserve it.


Serf was born on a farm at a town a little bit away from Nightveil. It was quite a small area, so he didn't get to go outside much, unless it's on the farm lands. He grew up with 3 sisters and 2 parents. As he grew, he was given more responsibilities on the farm, starting from helping his mother in the kitchen as a kid, to eventually being responsible for the farms animals and the slaughter of them by 16. He was very handy and had a natural passion for farming. At the age of 8, his older sister, Millicent, vanished. He doesn't know why, and at the time whenever he asked about her, his parents would change the subject. He has never forgot her, and is currently looking for her to this day.


Unfortunately, whilst out in the field late at night, Serf had noticed a light in the forest near the fields. He decided to go investigate, and it turns out it's a shit ton of dusk. They get the best of him, one of them being dead with a hoe in its head, and Serf died.
Find Share
Quick Edit
Full Edit