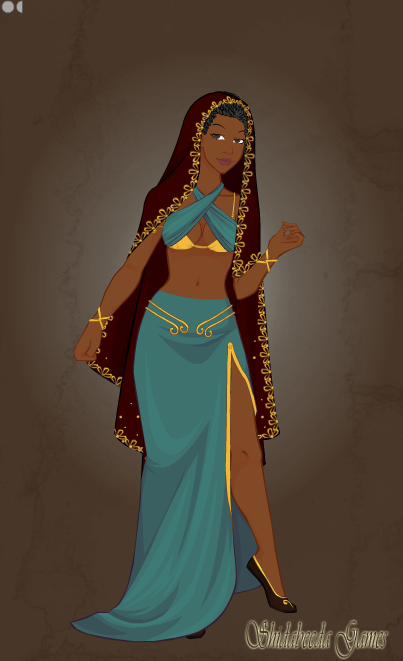 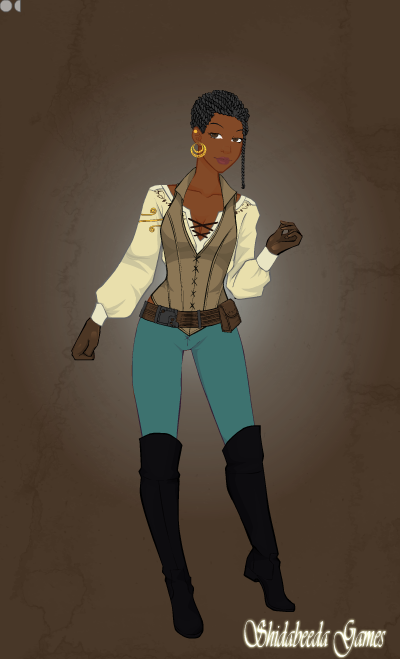 Childhood:
Adité came to the world as the oldest child of a Mainland milk-maid and a sea-faring merchant from the Southern islands known as Captain Barna, son of the Silverbird.
Most of her childhood was spent travelling on the Mainland, her family of merchants ever wandering the roads. Her parents spent the time of their children being born off of the seas, having another three children after Adité.
Adité was early starting to learn the family trade.

Teenager/young adult:
In her early teenage years, a tragedy struck the family as her uncle jumped a lighthouse to his death. Despite her not knowing this uncle well at all, it shook the family and things changed. Adité soon found her whole family joining her grandparents on a ship and she spent years doing about half her travels and beginner trades at sea.

Adult:
In her adult life, Adité has done her best to broaden the family network and grow her own wealth. The last few years before meeting Eyana at the fair in Nightveil she spent travelling alone or with guards, attempting to establish contacts and partners in the Forbidden Lands. She now spends most her time in Nightveil and seems to be making herself a home there.