2017-05-03
Sawanta’s dead. And I’m exhausted. The fool of a man attacked Hara and Hades, taking them away. Stars know the fuck why something like that got into his head. I just wish I had done more to prevent it. I knew he acted strangely when I last saw him, strangely interested in Hara and her child. I should’ve done more. I wasn’t even there.
[/dir][dir=ltr]Thank the Stars that Kane was and saw to them both returned home. Killing Sawanta has however caused unforeseen problems. Hara and Hades were both in need of medical attention and that leaves me with even more work, sure, but on top of all of it the Ko’Ban are now on edge.
[/dir][dir=ltr]Chepi visited the other day to talk with me regarding it. I was admittedly of the belief that they’d understand that Kane acted in defence. It appears they don’t, they’re convinced what was done to Sawanta was excessive. And now, without their head hunter, they feel vulnerable. And scared of us, of me.
[/dir][dir=ltr]Chepi think that Thorvald’s return will remind the tribe of the bond between our peoples, but I don’t have a bloody clue where my fucking son is! I offered so many things to see the situation change and improve, we can’t afford a war. And the last I want is to have to lead my people to their death. I offered assistance, supplies, another meet… Gifts of peace and to head to the tribe to talk with Masotta. For a depressing moment I was ready to offer Masotta my weapon, my never faltering sword. But none seemed to be the ideal solution. What we figured best in the end is to sell one of the ballistas and use the profit to supply the tribe with food.


"I decided to return to the dense woods by the coast. Candy’s interruption of my exploration might have thrown me off at the time but it won’t stop me from picking up where I left.

I decided to have a closer look at the giant mushrooms. This time getting proper close to them to inspect. They’re very curious things, I realized, as they’re evidently not in any way related to the Aether garden. If you strip away their glow and their enormous size, they appear to be just normal mushrooms. As I’ve found after resting my hand on one of the stems and found it’s just as sticky and foul as normal mushrooms. They even smell the same.

This has me wonder, why are they growing out here? Like I told Adreanna, I haven’t seen their likes since I lived in Nympha. Where they grew in the swamp outside the town’s borders. They’re giant, yet don’t grow in the Aether garden. Nor do I feel the familiar sensation of Aether in the area and the surrounding trees are dense and short in contrast to the giant ones in and near the garden. Come to think of it, does there even grow a single fucking mushroom in the garden? I will have to investigate this. And I wonder, could these mushrooms also be used as medicine? Perhaps Roe would know?

This will be my first camping for quite some time. I still can’t believe it’s been so many years since I did this. Now that I’m at it again, it feels so familiar and so relaxing. I found a small cave by the coast just East of town. There appears to be a larger cave system just around the corner, but I haven’t attempted to have a closer look yet. I’m in doubt regarding it, it’s even longer since I went spelunking and I’m no spring chicken anymore. But perhaps now that my knee has been mended, it would be easier to climb if needed? I don’t know, I’m still not used to being able to walk without any pain at all. I can do much more than before, I was more disabled than I realized. It’s strange to think of how much I might’ve missed over the decades I was younger but had a bad knee. I’ve had a cane at the ready for probably almost half my life.

*There’s a quick scribble at the bottom of the page:*

NOTE TO SELF:
Zarkaylia, you’re a giant fucking idiot to not realize you’re too fucking old to be sleeping directly on the stone floor of a cave." 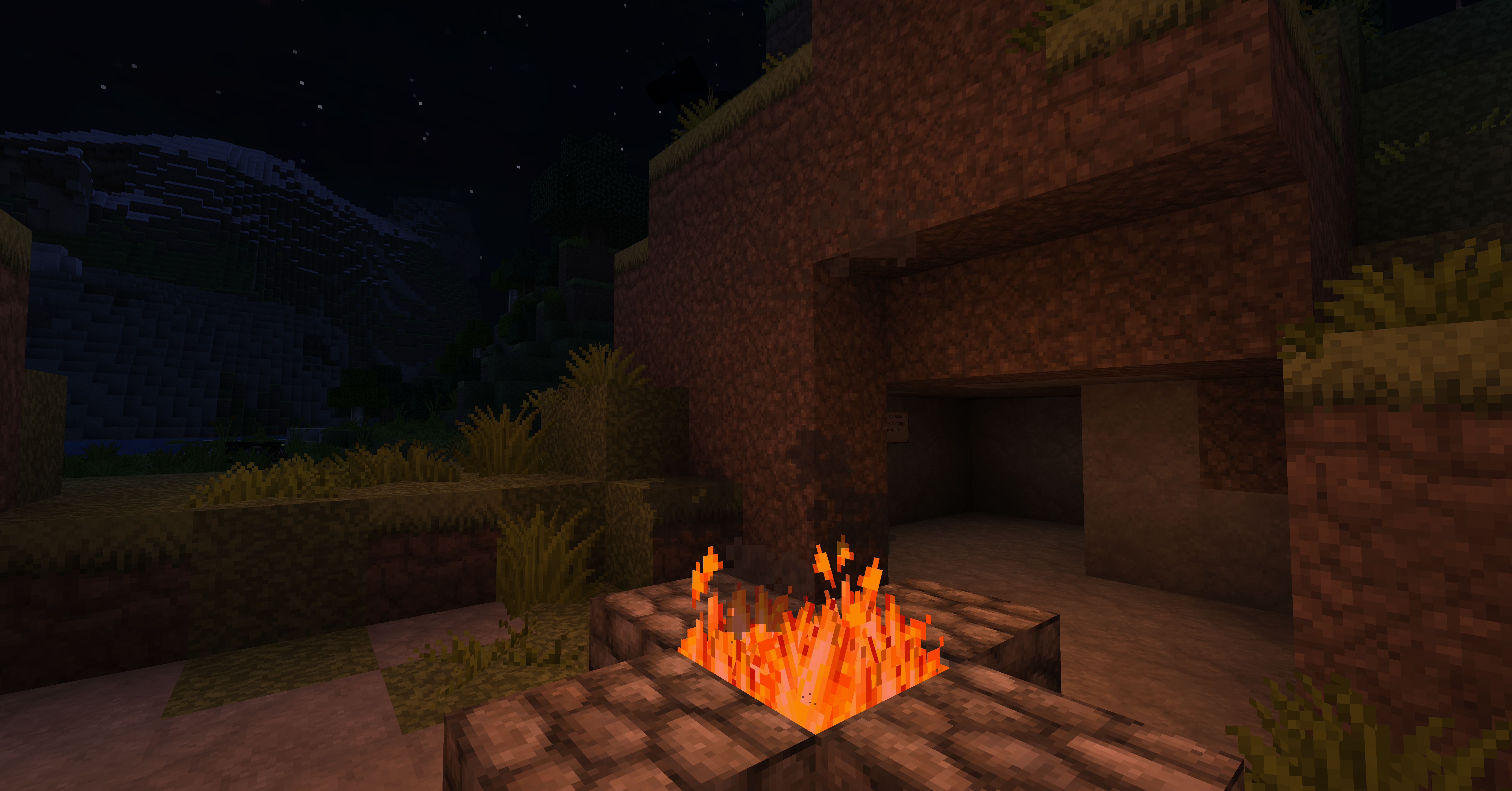 "Spelunking went better than I thought. Perhaps I underestimated myself, perhaps I was in luck. Regardless, I figured quickly that a torch wasn’t the only thing I would need to arrange, I would also need something for a trail so I could find my way back outside. I spent far too long gathering pebbles by the nearby shore and hill, with an aching back to boot after a very uncomfortable night of sleep. In the end, I left most of them by the cave entrance as I could only carry so many in my pouch.

There was the occasional dusk of course, but nothing I couldn’t handle. What surprised me was to find what seem to be the ruins of an underground shelter or structure. With all the moss and mouldy unrecognizable remains of goods, it must have been left untouched for a substantially long time. There wasn’t really much left of interest to scavenge. Just a few bits of what looks like a smith’s small iron supply and what I can swear is a pouch of rune dust. I suppose I’ll leave it at Zaira’s and Bishop’s house, they’ll be more interested in it than I. There were also rusty bits of armour but Stars above, they must be meant for a long since dead warhorse. The bits were far too large for me to carry with me.

I continued until I had run into a few dead ends, realizing it wasn’t the largest cave I’ve seen. At least, not its upper layer of tunnels. I ran into a horribly dark and probably deadly deep hole. Judging by the faint daylight from its ceiling, there’s an opening to the surface. If I were to guess, I’d say there are more tunnels below. I’m not about to try to find out, I’m calling it a day with this successful exploring. My back still hurts like shit and the bat that startled me in there didn’t help one fucking bit.

For this time, I have work to return to. But first, I’m going to have a warm bath for my back then a good afternoon nap." 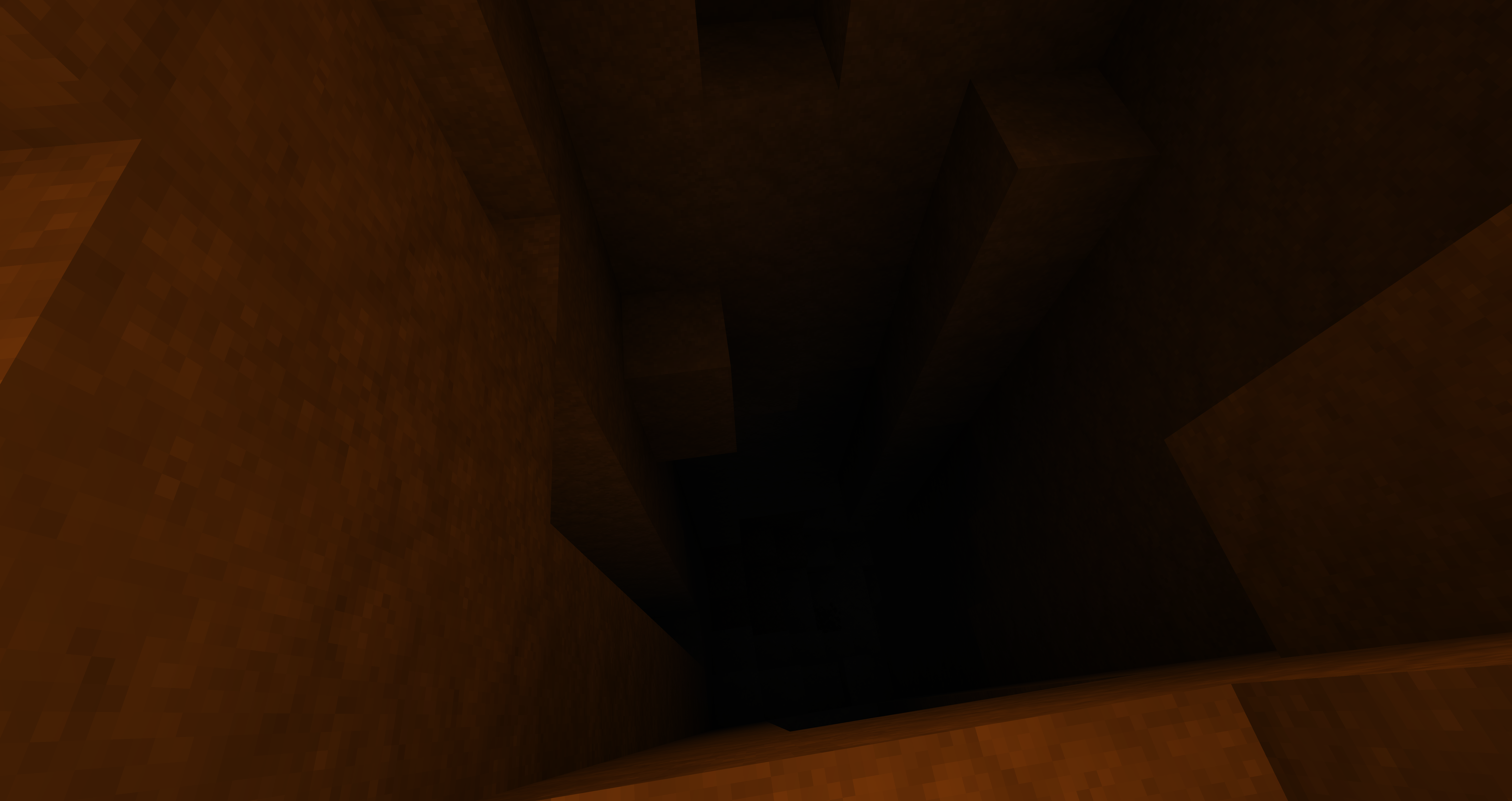 "Wandering down the river beneath the mine entrance I found yet another cave. Irid cap grows in that damp and dark cave and I decided to harvest the mushrooms for the clinic. I still wonder if the giant ones are the same as these.

Not much further down the river did I find another cave system. A much larger one at that! This one was very fun to explore. I found multiple exits along the mountainside. Though I will admit that this time I did not explore all of it. I found steep walls that I didn’t want to attempt to climb today. I should be able to make it, but I know that, yes, I’m old. I might not be able to. I felt like a fucking coward having to turn back, but I guess that I know deep in my heart that I would not just hurt myself if something happened. I would hurt my friends and my family. I would hurt my beloved wife. I should practise somewhere safe before I risk making everyone worried.

For now, it’s time to return home and give it a rest for a few days I think. I’ve neglected too much work, I need to prepare some for Avery’s and Kane’s lessons. But this last cave has given me an idea for an escape route for us should the dragon or the Martillo come. Can never have too many of those, right?"
Find Share
Reply
Quick Edit
Full Edit